PS4L organization in cooperation with GIZ, implemented on behalf of BMZ, launched a “Football3” initiative in Gaza City for the first time in which 90 young boys and girls gathered together from different backgrounds. The initiative strongly aimed to enhance “social cohesion” and to highlight its role in building a healthy society. However, football3 is derived from Street Football. It consists of three halves; pre-match discussion, matches, and post-match discussion. In the first half, the competing teams figure out binding rules that addressing precise issues such as peacebuilding, violence, social cohesion, justice, equity…etc. on the other hand, the second half is but a football match with the absence of referees; in which players have to play according to the agreed rules. Indeed, they have to solve and settle all conflicts peacefully, otherwise, a mediator intervenes. In the third half, both teams gather together by the mediator to discuss what happened in the match, and how they apply the rules; in his turn, the mediator adds additional points for fair play and for the general behavior to decide who wins the match, since it’s not only about scoring goals. 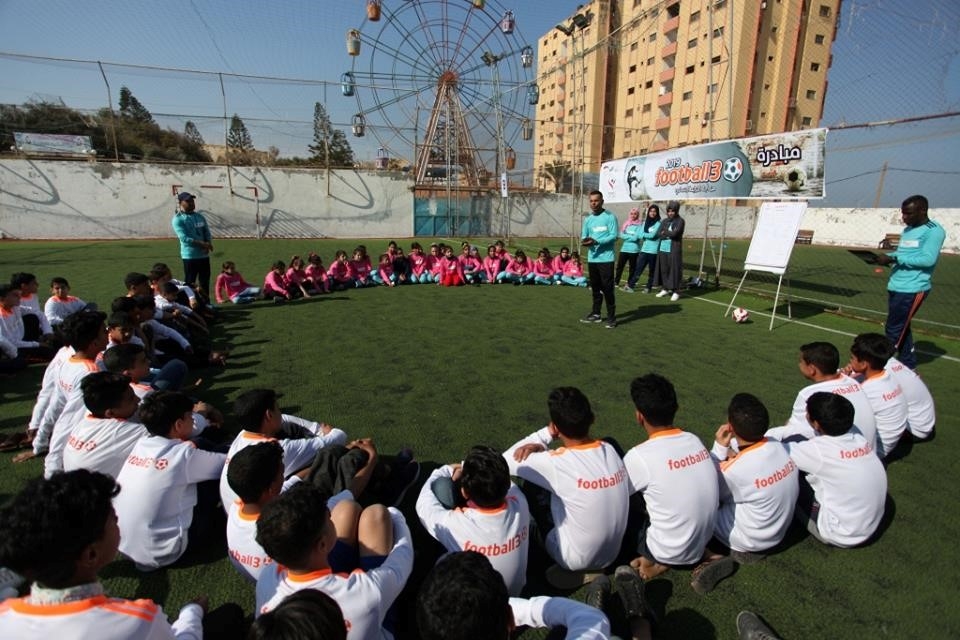