In the month of February there were four games that were all met with victory by Palestine Sports for Life U14 Tulkarem Girls team in the five on Five league organized by the Palestinian Football Association. In their first game, the team achieved a victory against Ebal’s team with a result of 6-0. The player Diala Saadeh (also known as Alex) scored 3, Tala Atawneh (Suarez) scored 2, and Aya Habayeb scored 1 goal.
In their second game this month, they won against Marj bin Amer’s team. The match ended with a result of eight goals to zero; the goals were scored by the players: Tala Atawneh scored 4, Dania Jarad scored 1, Alaa Taneeb (known as Marcelo) scored 1, Daniah Hishmeh scored 1, and a goal was an ‘own goal’.
In the third game for this month, they achieved another victory in a competition against Balatah team. The match ended with four goals versus two goals.
While in the fourth game for this month, they achieved another victory against Zeita - 3 - 0, scored by Tala Atawneh (Hatrick)
With all their games being met with victories, it shows how sportsmanship, soft skills and hard work pays off. We wish them further success in the games to come. 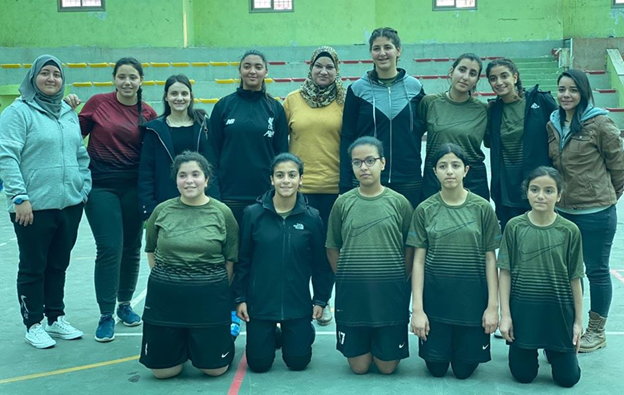