PS4L sports and life skills trainer, Renad Reyad, participated in the three-day 'Technical Workshop for Coaches of Women's Football Club'. Two of the sessions were in-person by the city of Jericho while the last session was held online. This technical workshop is the first of its kind for coaches of women's football clubs in Palestine with the aim of teaching coaches how to guide their players in maintaining professionalism on the grounds and how to organize players tactfully during the game. Through the techniques and principles, this workshop also aims to increase football professionalism while representing Palestine in the Middle East as well as in international tournaments. Within this three-day workshop, the topic was primarily focused on the principles of defense.  In the coming days, there will be further training on the principles of attacking and other aspects of football.

Within the first day of the workshop, Renad took part in two discussions, titled "The Philosophy of Play" and "Principles of Defense". On the second day, she took part in a lecture titled "Mental Preparation for Players" which then included practical exercises and implementations. On the third and final day, the session was conducted virtually, where "The Play Model" was discussed. Through the Play Model, coaches learned about the different shapes of stadium's likely to be encountered, and how to order and arrange the position of players according to the defense lineup.

We are proud of our PS4L trainer, Renad Reyad, and are excited to see her implementing these principles and strategies while teaching her players. This program was organized by the Palestine Football Federation. 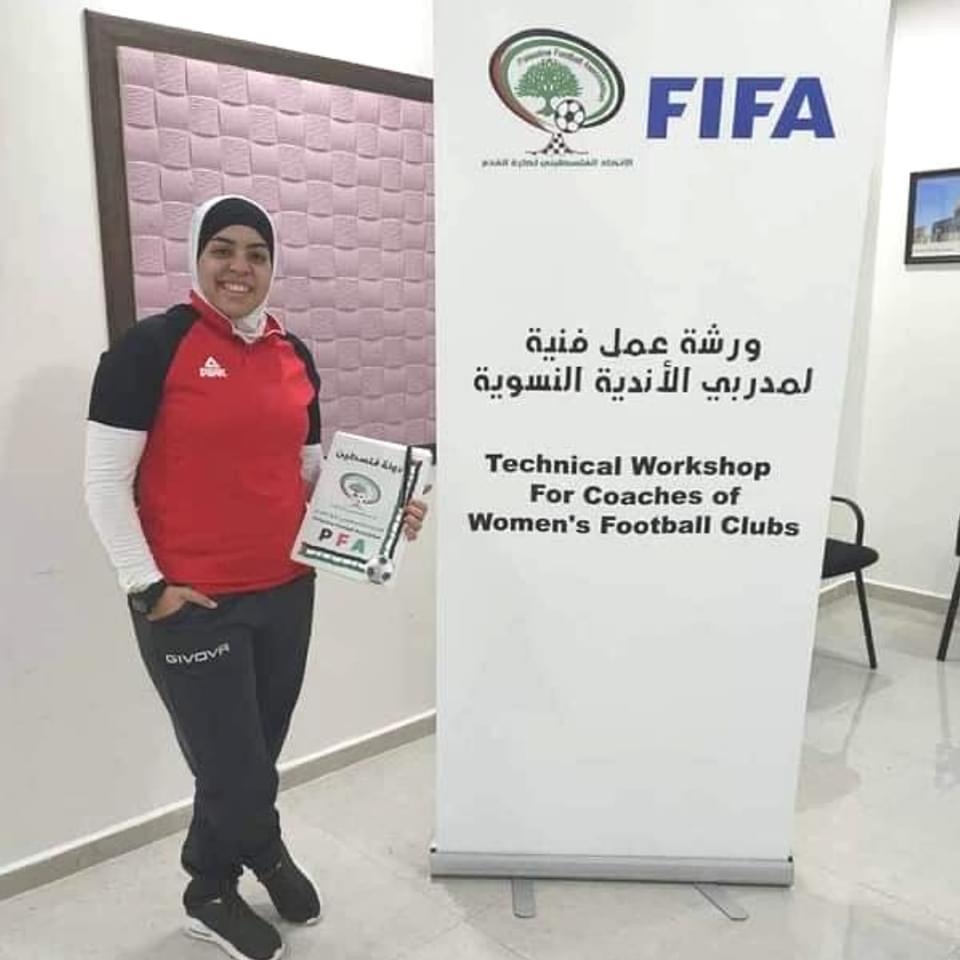