Palestine: Sports for Life wrapped up its first project, having arranged for 27 Palestinian coaches to participate in the Jordan International Basketball Coaching Clinic with Ganon Baker. Under platinum sponsorship from the Modern Scientific and Electronic Company (MOSECO – Nokia’s International Agent in Palestine), one of the leading companies of MOSECO Group in Information and Communications Technology and golden sponsorship from IntermedPal and Aramex, Palestine: Sports for Life successfully wrapped up its first project.

The coaching clinic proved to be unique in many ways, as it is the first of its kind in the region to be officially acknowledged by the West Asia Basketball Association and Jordan Basketball Federation. The clinic was attended by 165 coaches, representing 15 different nationalities, and 10 different countries including Palestine, Jordan, Syria, Lebanon, Kuwait, Bahrain, Saudi Arabia, Libya, Nigeria, and Serbia.
Palestine: Sports for Life (PS4L) took the initiative to call on qualified coaches, and provided the sufficient funds to cover almost all costs associated with the clinic, through the platinum sponsors MOSECO, and the golden sponsors IntermedPal and Aramex, who were able to fulfill the social responsibility goals they were aiming for.

Al-Riyadi Club in Jordan, under the leadership of Fadi AlSabbah (Secretary-General), was able to successfully organize the coaching clinic over 3 consecutive days, each of which was dedicated to a specific field role (point guard, shooting guard/small forward, and power forward). Ganon Baker carried out theoretical and practical examples, in addition to video demonstrations of NBA players in action. The clinic has also provided the Palestinian coaches with an opportunity to meet fellow coaches, exchange experience, and organize friendly matches. PS4L will be organizing a dinner invitation for the members of the Palestinian team who participated in the clinic and representatives to celebrate this achievement. 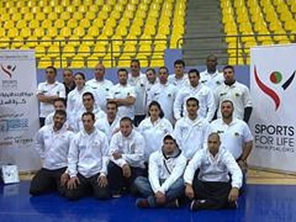 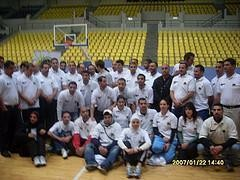 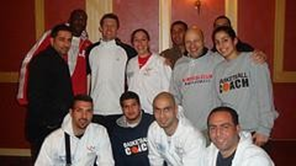 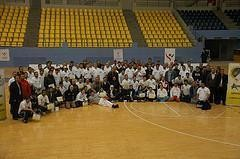 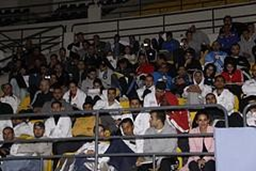 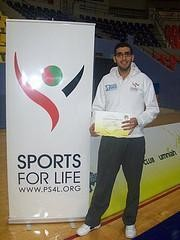